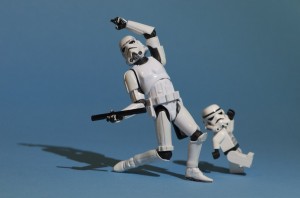 I have mentioned on twitter about using technology in my Gymnastics and Dance classes and thought I would delve a little deeper into this in a blog post.

Last year I began my Gymnastics unit with Grade 7 students.  This unit really focuses around Floor routines using balances and other tumbling and so I pitch it to the students with the importance of Team work and also on giving lots of feedback as the routines are very aesthetic and require students to think and be more aware of presenting themselves and on proprioception within their routines.

I was using the typical PE teacher tool of offering verbal feedback to students and trying to have lots of peer assessment but this too focused on verbal feedback and this was not always helpful to students, especially after the well-intentioned advice was given, what if they forgot it or wanted to ask about your advice or didn’t understand the language you were using?  How could I capture this information for the students?  I decided to conduct a little experiment.

I had already discovered screen-casting and was using it to screencast my theory lessons to sum up what we had learnt in 1-2 mins and share these with the students who had been absent or for the EAL or other teachers who assisted students with their work or homework after school and needed context for this work.  I used screenr.com as it gives statistics and you can share easily but also see how many times the screencasts were viewed.   You can also invite others to watch and leave comments and so with all of this in mind I decided to try this out in my Gymnastics classes.

I used my Flip Camera to film each of the groups performances and then after verbal feedback, I took each video and made a screencast.  You can see some of them here.  I then shared these with the students and used twitter to reach out and see if there were any Gymnastic coaches or specialist teachers amongst my PD network, I found one (@ClarindaBrown) who was kind enough to give up sometime to watch some of my groups, listen to my screencast and then to give written feedback as well for the kids to see.

The results were very interesting.  Each screencast was viewed at least 5 times.  This means that the feedback was listened to enough times for each student to have heard it once, or for one student to have heard it 5 times.  One of the videos was watched over 50 times.  This means that this group, that had a higher number of EAL students, took this video to town, they had so much more meaningful feedback than I could offer them in a one-hit verbal option and the strength and aesthetics of their work progressed with more confidence and I didn’t need to be as involved as the only person offering advice in the lessons.

Based with this feedback the next unit around I had students then create screencasts of their peer’s work for critique, and this has been also very beneficial to the group who is presenting as they get meaningful feedback but it is good for the student giving advice, as they are using the unit language and having to really look at the work being presented to offer advice further than “it was really good” as we often hear from our students.

iPads and iPods and the use of apps has really taken this one step further again.  I have been using Coaches Eye and Ubersense as screen-casting tools for students to create feedback for themselves or each other straight away and also to keep a record of their work to see their growth (or not!) in skills and to share this on their blogs.  Students may not see a strong change in skill or growth but they are able to really articulate where they see an issue with technique as the technique is slowed down for viewing the exact foot placement or the point where the racket struck the ball etc.  And armed with this we are seeing more confident PE students who are working on more specific skill improvement and more discussion of concepts with the correct (or at least trying to use) language for each unit.

In my recent Grade 9 Dance unit, I tried offering the Coaches Eye screen-cast to students.  This did work but this group of students hasn’t had the same exposure that my G7 class has had and so didn’t have the same practice to watch and check.  As I used DropBox to share, I am not able to compile the same statistics as I could with screenr to find out how many times the films were viewed to see if my time was used effectively.  But the verbal feedback from students was that they did use the films/ screen-casts and that it offered an option to hear and see feedback (and their routines from an audience perspective) when I was talking to another group or for them at home to prepare for the next class.

This has vastly changed my teaching in PE and Health and I hope that if you haven’t tried screen-casting already, you might consider sharing with your students to see the change in confidence and shift from you as the centre of coaching back to assisting kids to become tomorrow’s athletes and coaches while you watch and guide the process not be the one running around offering endless verbal advice!