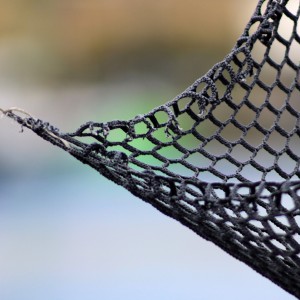 Last week I began a Net Games unit for my Grade 6 students.  We firstly defined Net Games as opposed to Invasion Games and we started a list of the different games that would fit into our definition.  I then suggested that the net could also be invisible, and we came up with a lot more – dodgeball fits neatly into our definition, as does 4-square.

And so our unit has been mostly derived from my students.  I didn’t want to play ‘volleyball’ with students.  I wanted to deliberately choose a variety of net games that would allow us to experiment with all of the parts that make up a net game and then see if these would work as we transitioned into different games.

Introduction of Strategy and Tactics

Lesson 1 began with Tail Tag.  Tail Tag involves everyone having a Tail (a pinnie or bib) tucked into the back of your shorts.  The tails need to be visible and everyone is out for themselves.  They need to chase another player and steal his or her tail and add it to their own pants.  After a suitable time, we count up the tails and discuss individual tactical play.  I then moved to team tail tag – now you have a team of 3-6 students and a home base (hoop) where if you manage to steal another team players tail, you pop it into the hoop and then if you have yours taken, you return to your home hoop and take another tail.  If there are no extra tails you have to wait there til one arrives.  This game really opened up the idea of team tactics and strategy.  We played a few times and discussed then what is strategy and what is tactical and how these fit together.  This was a really powerful game to highlight the difference.  It was important to allow each team time to talk between games and to share their tactics for the game – were they team tactics or individuals with different tactics; were they out to beat one team or another team or all teams?  This was a good discussion and allowed for trial and error and also team building.

We have begun with 4-square.  Students started off with a group of 4 and a variety of balls (volleyball, tennis ball) to choose from.  They then had to create a game that they could all play and a set of rules.  We then tried the games out.  After playing and ensuring that each group knew their own game, we divided up so that the new group of four had a representative from 4 different groups and we shared our knowledge and rules – then we decided on the final rules and played these.

Next we looked at playing 4-square in doubles.  We decided on the rules and the students had to really look at how this changed their game – and we addressed some of the questions listed below.  Next I would like to add a small net and see how this changes their game play once again.  The room buzzes as the kids work on their own rules, equipment and size/shape of the 4-square court – they are making all the decisions about their own play but the questions allow for us to take our learning across these changes and amendments.

My plan is to move to a version of 4-square/volleyball or newcombe ball (with our own rule changes) where basically the students can catch or hit/pass the ball – no bounce allowed (as a side note, I am not a fan of bouncing the ball as a modified volleyball game – this makes the player who is approaching the ball step back to receive when you want the player to quickly run to the ball to receive – just thought I would share).  I would then like to look at little at paddle tennis and ping pong just to add a little more complexity.  We have also looked at Dodgeball and some other warm up type games for discussion on strategy, tactics and how we use the back and front of the court.

The power of Twitter is such that when I asked for some help with Guiding questions, it only took an hour and then a few more days of sharing to find some really great inspiring questions. The art of asking the right question is on my list of things to work on over the next 2 years, I am trying to bank them for different concept units that we run and often you can ask the same questions to Elementary and High School students as they are so open ended.

Not all of the following questions apply yet, but I will add them here for you to see what we have so far. A big thank you to Jason Levitt, Mark Williams, Dr Ash Casey, Rick Baldock, Shane Pill, Riocryst2 and Julia Breen for sharing their resources and questions with me.  If you have more questions to add, let me know and I will pop them in here.