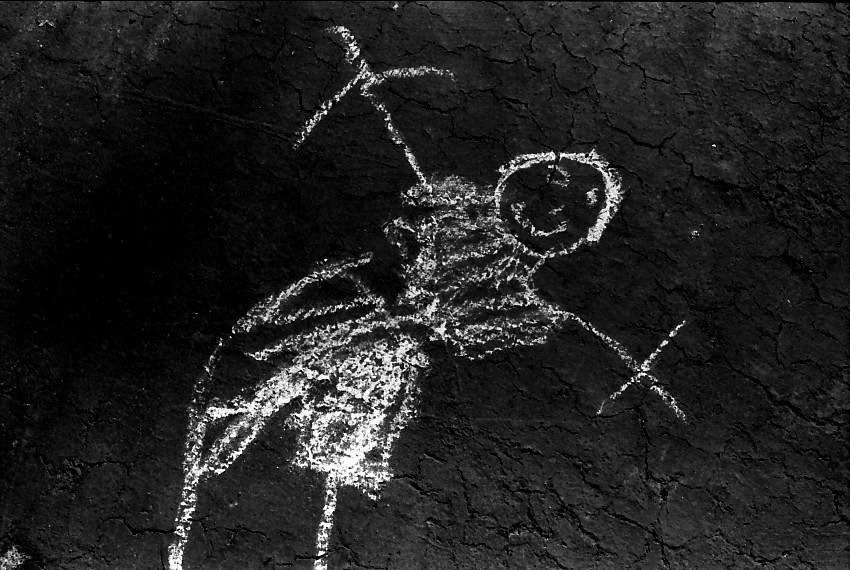 Last year I co-ran an Elementary Activity to coincide with our upcoming Cross Country Day.  The Concept that I wanted to drive home to my students was that running wasn’t just about winning and that we need to work collaboratively as a group of social or competitive runners.  I see people running every time I run out in our community and the people that make eye contact, who smile or just nod to acknowledge that you are both running and you are out and in the air is such a powerful way to motivate you to continue running.  Running can be an alone sport, but it does not have to be – especially if you train in a group but the running program is at your individual intensity.

So here is what we did today in our first session with 9-11 year olds.

Firstly, I printed off a Treasure Map – 12 different pictures on it – these were pictures from a fun lot of icons that I have – see it below. 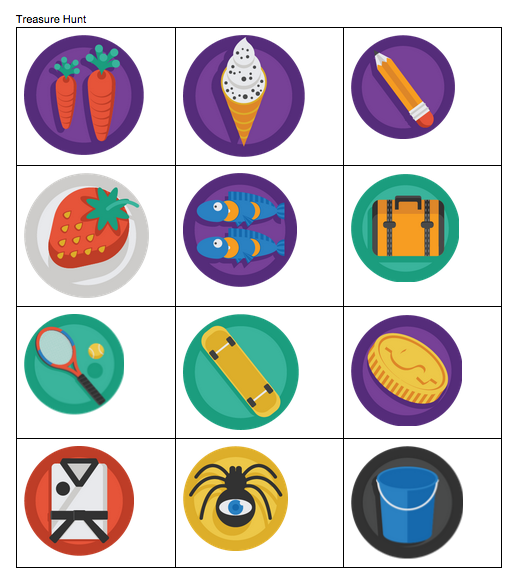 Next I printed off the list of students in my activity – their name and photo – many of these students won’t know each other so I wanted the photos to help us out.

I then cut out everything into small squares and stuck a piece of double sided tape on the back of each cut-out treasure/photo.

I printed off enough Treasure Maps for each team (3 kids/team) to have one and I put their names on the top so I had teams set up in advance.  I don’t know these students so adding their names helped me to see who was in each group when I checked in on them later.

I prepared 50 cones of similar size/shape to use for this activity and a big different kind of cone to mark a spot for each group.

Students had 3 people in their team and one person at a time went out to a cone.  They pick up one cone and looked at the picture.  If it was a Treasure, they returned to their group and crossed the icon off their list.  If it was a person, they had to identify where that person was and as a team had to run to that person and choose a way to make that person feel special and included in the Running Group (high-5, a nice comment, smile, eye contact etc) then the team returned to their Cone/Treasure Map and the next runner chose a cone.  We played for 6 mins/ rested and chatted about which cones we hadn’t seen yet and thought of new creative ways to greet our runners; then we played for another 5 mins.

The students really liked this game, they ran for 11 mins with interval training and didn’t seem to realise it.  They enjoyed the Treasure challenge but the interaction with their peers and being High-5’d by their friends and Running Group team mates was a bonus for many of the kids.   I will use another variation on this next week to continue name learning and community building.